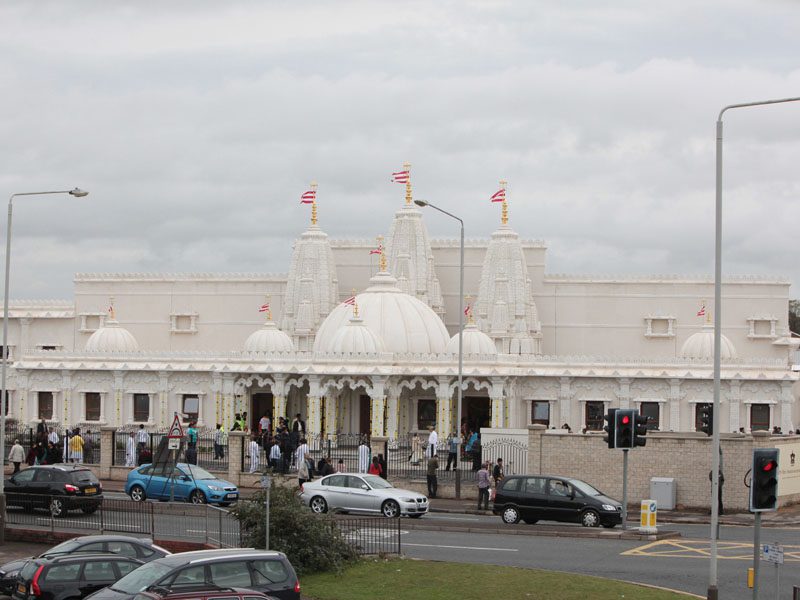 We recently completed a major project at the BAPS Shri Swaminarayan Mandir, the new Hindu Temple in Leicester. We designed and installed both theatrical and architectural lighting control solution for the Sabha Hall, the Mandir (the temple room) and the exterior of the building.

One of the biggest challenges was controlling the lighting in the great Sabha Hall.

As well as being a large space with a stage at one end, the hall can also be divided into four separate rooms. As each partition is opened, the control system creates an identical twin on each “new room” control panel.

Closing the partition separates the control panels so each panel then only controls the local room. In this way, any combination of the whole room, room one, room two, room three, or room four can be controlled.

Traditionally, this project would have required four separate control systems; one each for the Sabha Hall, the Mandir, the exterior and the theatrical lighting. However, with clever design and advances in technology we were able to save money for our client by only using one control system and deliberately building logical restrictions. For example, it is technically possible to control the outside lighting from within the temple room, but not necessary and therefore this option has been restricted.

We used an ETC Paradigm lighting control system and every non-theatrical light is Solid State Lighting (LED dimmable using protocols such as DMX and 1-10 Volt) – giving a highly reliable, efficient and easy to maintain solution.