Control Lighting recognises that installation projects vary considerably in complexity, size, requirement and budget. During your project's lifecycle, certain components may be installed at different stages, by separate suppliers - often each controlled by disparate and seemingly incompatible systems [as an analogy, consider the cross-compatibility problems that exist between Microsoft Windows and Apple Operating Systems].

We specialise in bridging the gap by consolidating all such control languages and technologies into a simplified, reliable, and customisable user interface, without the loss of functionality or performance. 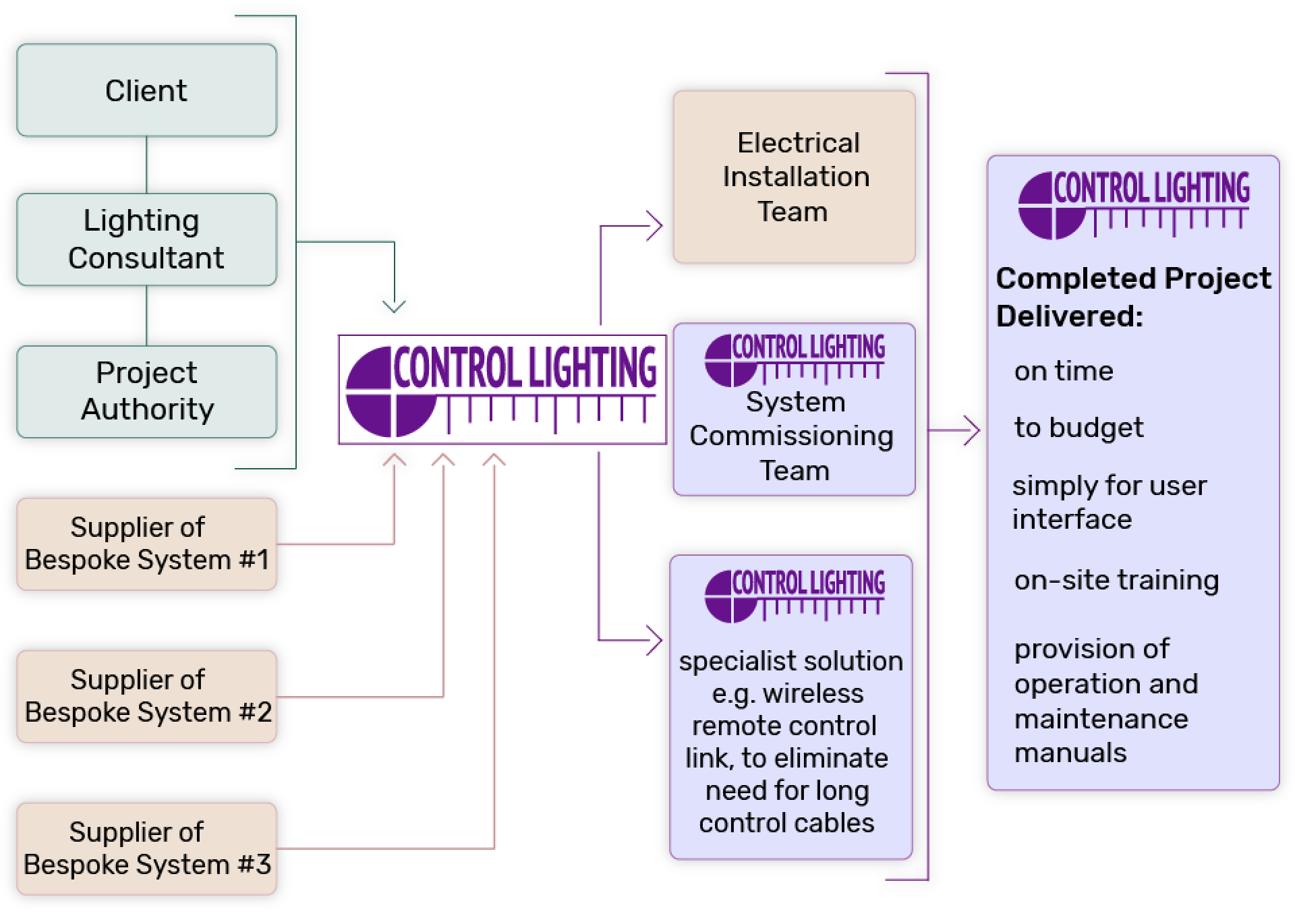 The diagram above illustrates a sample project configuration. At Control Lighting, we fully acknowledge that every project is unique, in terms of the technologies, fixtures, and infrastructure adopted, and work to provide the very best solutions to complement your existing scheme.

Control Lighting supports
many different technologies
and systems including:

Control Lighting supports
many different technologies
and systems including: